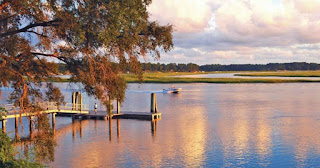 One of my key goals for the next four years is to reunite our Town. In 2012, I worked with Free James Island to put together a Town that could not be challenged by the City of Charleston. There was no challenge. The Town is here to stay. However, many people who were in the Town in 2011 were not included. They are separated from the Town by areas annexed by the City of Charleston. The problem is that these areas are subject to overdevelopment under the County, or worse, annexation by the City of Charleston.
To correct this problem, I have worked with our elected representatives in Columbia to change annexation law. We worked with former Senator Thurmond in 2014. His bill passed the Senate Judiciary Committee but could not get a vote in the full Senate. We went back to the drawing board and Town Councilman Josh Stokes developed a new approach that focuses on adding an additional clarification of contiguity. Representative Peter McCoy was able to shepherd this new bill through the S.C. House last spring, with a unanimous vote. In January, it goes to the South Carolina Senate.
I believe that I can be an effective advocate of the legislation we need. Once we secure passage in the South Carolina Senate, it will be legal for our former residents to annex to the Town. The process of reuniting our Town will require petition drives and annexation elections. Having chaired Free James Island and led the incorporation effort in 2012 and then the annexation of Quail Run and parts of Lighthouse Point in 2014, I believe I am the right choice to do all of the work necessary to reunite our Town.
Please give me the opportunity to complete this work to help protect our Island.
Posted by Mayor Bill Woolsey at 3:23 PM