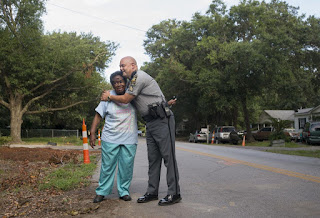 I believe that the best way to protect the citizens of the Town from crime is to improve and expand our Island Sheriff's Patrol   With the support of Town Council, I introduced this partnership with the Charleston County Sheriff's Office in 2012.  While the Sheriff's Office continues to provide law enforcement in the Town, we employ off duty Deputies to provide additional protection to our citizens.   As a result, the Town's jurisdiction is the best patrolled area of our Island.

I believe it is time for the Town to take an additional step forward.   I have begun negotiation with Sheriff Cannon  to have a Deputy assigned to the Town full time.   This would be at Town expense.  Currently, all of the officers on the Island Sheriff's Patrol have full time jobs with the Sheriff's Office and their work for the Town is an added part time job.   I believe that our residents will be even better served by having an officer whose primary responsibility is providing law enforcement in the Town while continuing to supplement with part time officers.

Please join me in fighting crime by supporting and strengthening our Town's Island Sheriff's Patrol.


Posted by Mayor Bill Woolsey at 4:55 AM